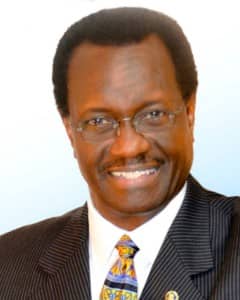 Most of his career was spent in Secondary Education, as Principal and Consultant to The Office of the Deputy Superintendent in Student Information Management Systems. In 2000 Mr. Reeves was appointed as The Division Director of Testing and Supervisor of Special Programs for the Manassas City Public Schools, Manassas, Virginia.

Most recently serving in a second career, Mr. Reeves has served as an independent contractor in Commercial and Residential investments with Long and Foster Realtors and Christie’s International, Inc. where he has now exceeded sixty-six million ($66 Mil) in contract sales and lease agreements.

In 1989, he was named to the position of Vice Principal for Administration and Director of Personnel and Policy at Duke Ellington School of the Arts. During his tenure Duke Ellington became a National “Blue Ribbon School of Excellence”. Mr. Reeves also served as Assistant to two Cluster Directors, Principal at Backus Middle School, and Taft Junior High School and Principal of Eastern Senior High School, Washington, DC where he is credited with the development and installation of the Law and Legal Service Academy.

His professional areas of expertise include Organizational Management, Strategic Planning, and Leadership Development.

Mr. Reeves is married to Reverend Sonya Neal Reeves who is a Senior Program Analyst with the Natural Resources Conservation Service, U.S. Department of Agriculture.

Mid-County United Ministries, Inc. (MUM) is a non-religious affiliated grassroots organization.  It is an independent 501(c)(3) organization registered within the State of Maryland.  Gifts to MUM are tax deductible as allowed by law.