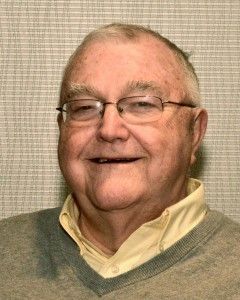 Larry White became the executive director to MUM in June of 2012. He had been a good friend to MUM since 2002 when he and his wife moved to Wheaton, Maryland from Chicago to serve as an associate pastor at First Baptist of Wheaton. When, facing retirement in 2012, he learned that the directorship of MUM would soon be vacant and he announced his candidacy for the position. He now refers to this job as a "retirement job."

Since leaving his home state of South Carolina, where he received his undergraduate degree in Psychology, he has lived and worked in Texas, California, Illinois, and now Maryland. In California he earned his Master in Divinity from Bethel Seminary-West.

It was also in California where the Whites adopted their two children. They now have eight grandchildren living in South Carolina and outside of Chicago. When he gets an opportunity, Larry enjoys singing Karaoke and traveling, especially to see his grandkids.

Mid-County United Ministries, Inc. (MUM) is a non-religious affiliated grassroots organization.  It is an independent 501(c)(3) organization registered within the State of Maryland.  Gifts to MUM are tax deductible as allowed by law.