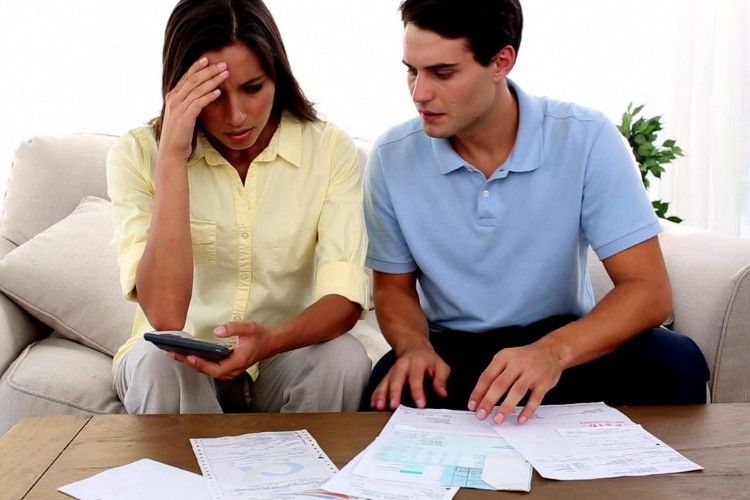 This is being written on the 20th day of the government shutdown. Affected workers have now missed at least one paycheck. Statistics vary wildly, but according to the source, the number of people in the U.S. living paycheck to paycheck goes from a low of 34 percent, i or over one-third of the country, to a whopping 78 percent. ii Regardless of which number you believe, the numbers are rising. Curiously, living paycheck to paycheck is happening in a wide range of income brackets. It’s understandable that lower wage earners have a hard time making ends meet, but the studies suggest that even people earning an average or better income have little or no savings and the consequences of missing a single paycheck are potentially devastating.

The current government shutdown is the lead story everywhere. The politics aside, the net result is that approximately 800,000 Federal workers are furloughed or working without pay. Many are here in the Washington, DC area. Many are low wage earners who are now forced to get by without pay. The point is that people living paycheck to paycheck–including those with higher incomes–exist in a high-risk world where they are a single paycheck away from financial problems.

Suddenly circumstances beyond their control may force them to make critical decisions now that their cash flow has been disrupted. They are putting off plans because they are uncertain about their finances. They may have to prioritize and make hard calls about what bills get paid and which do not. They need to eat and take care of themselves and their families and the cost of doing so may mean late or no payments on other expenses such as utilities and eventually even the rent or mortgage.

Debtors may be understanding, but they can’t all accept late and partial payments or forgive debts owed. The hard lesson learned is that due to no fault of their own suddenly people end up in a tough place they never anticipated. The broader point is that we are no longer talking about “other” people or populations that one might typically associate with such problems. It can happen to just about anyone at any time from any walk of life. Even those who have managed to save money rarely have unlimited funds. This shutdown is already bringing new people to places like MUM.

The Worst of Trickle Down

Most of us have heard the term trickle-down economics. It refers to an economic theory often associated with the Reagan presidency. Essentially it is the belief that if you give the already wealthy more money, more of that money will make its way–trickle down–to more average and low-income working people. Never mind the fact that this theory has not really worked in reality. What we have now is a different kind of trickle-down economics: the worst kind, a trickling down domino effect from the sudden loss of income. The Federal workers who are not being paid impact many more people and businesses in ways that are not always obvious.

Thus the 800,000 are far from the only people being hurt by this shutdown. The real number has to be much higher. Counting the family members who depend on the wage earners’ income–spouses, partners, children, elderly parents–it certainly has to be well over one million. If each unpaid Federal worker is financially responsible for just one other person, the number is already close to two million. The other people suffering the fallout from this shutdown include some of the most vulnerable. Some government workers will get back pay after the shutdown ends, others, like those working for government contractors, may not. Those who are well paid but living paycheck to paycheck may have to tell their housekeeper, gardener or another service provider that they can’t pay for their services until this shutdown is resolved and they start earning a paycheck again. Shops and businesses will feel the pinch as customers who aren’t being paid can’t afford to go out to dinner, have to cut back on groceries and other necessities or any number of things. These workers are customers that these businesses have come to depend on. Few customers spending less may mean that wait staff makes less money in tips. Businesses may cut back hours because they have fewer customers. The bigger picture reality impacts many more people than just those who are directly affected.

Now the crisis is coming closer to home for the average American, perhaps their home. Organizations like MUM exist to help those with less make ends meet. Now more than ever it is vital for those who are not affected, those with resources and means, to do what they can to help those struggling during what is turning into a national crisis. More people in need means more resources are needed–food and money–to help even more people than usual. There is never a good time for a government shutdown, but this one is happening in the frozen heart of winter when utility bills are higher. It’s simple math: When you have more people with less money and resources and higher bills life gets harder for all of us.

At MUM we will do the best we can to keep up with the increase in demand for our services. If you can possibly help with a little something extra you will be contributing at a critical time when donors are providing even more than the value of what they donate. You are leading by example! You are showing that you care at a time when our national consciousness is being tested every day. Our politicians may be using hardworking people as pawns in their high-stakes game. But the leadership of those who rise above with generosity and altruism set an example of the best of who we are and who we can be. Thank you for all you do!

You can make a donation here.

i 34 percent: The source is TD Bank, and is reported here.

ii 78 percent: The source is a CareerBuilder study as reported by CNBC here.

Steven J. Caplan is a freelance writer in the Washington, DC area. stevenjcaplan@gmail.com